After years of waiting, it was finally time! In early December 2021, we had a group together for our first European ski trip in two years, to Zermatt, Switzerland. Unbeknownst to most, it’s one of the few ski resorts in the world that has great snow at the beginning of the season AND no crowds. Two days prior to our departure, however, the Swiss Embassy advised us that they still had a 10-day quarantine in place and it might be best to cancel – which we begrudgingly did.

However, one of our more adventurous clients, Ian, decided there was nothing to lose and decided to go
anyway. Incredibly, the quarantine was lifted just as he was flying across the pond, so he passed through Customs, showed his Digital Swiss Covid Certificate, hopped a train to Zermatt and was there a few hours later. We set him up in our hotel and arranged for him to get skis at the Stockli Ski Test Center on the Trockener Steg.

The result? Ian had one blissful (albeit somewhat lonely) week and gave us hope that the European ski season was going to be ok despite any variant of Covid. He also confirmed our reason to take such a trip – Zermatt has no crowds in early December, the snow was fantastic and he loved the hotel. And of course, we recommended he dine at Chez Heini – which has some of the best lamb anywhere on the planet. For anyone wanting to skip the crowded, machine snow “white ribbons of death” in early December, check out our Zermatt First Tracks this coming December.

As we began to notice in January of this year, Covid restrictions were beginning to disappear. Next up was our “Steep & Deep” trip to Engelberg, Switzerland in February with Hall of Fame skier Dan Egan, Warren Miller movie star, Marcus Caston and PSIA ski instructor, Ken Scott. We arrived with seven travelers and a media team in tow from the UK. Being cooped up for two years, we all felt like kids in a candy store! Everyone flew into Zurich, cleared Customs, grabbed their luggage and walked downstairs to get on one of the ultra-quiet and super efficient Swiss trains that took us directly to Engelberg. Upon arrival, we walked across the street to our hotel – the Bellevue-Terminus. Like most Swiss ski resorts, you don’t need to rent a car – just take the train! As an American, you quickly realize how convenient and stress-free these trains are to travelers.

Architecturally Swiss, the Bellevue-Terminus hotel is considered the “grand dame” of Engelberg. Originally opened in 1898, the Bellevue-Terminus has been completely restored – melding modern luxury with old-world charm, so the feel is warm and cozy. Rooms are ultra modern and each floor had its own cappuccino / espresso machine for those who wanted to saunter down the hall in their PJ’s to get a morning coffee. The highlight of the week? The Bellevue-Terminus’s incredible breakfast buffet, which is the ultimate experience for Americans who are not used to a gourmet feast to start the day.

A week of skiing in the Swiss Alps rarely disappoints, and our Alpin Luxe Engelberg trip was no exception. Engelberg is not the largest Swiss ski resort, but as we discovered, it makes up for size with hundreds of vertical feet of expansive off-piste skiing. Timing was perfect as our first two days were spent with Dan and Marcus schooling us on the intricacies, safety and technical aspects of skiing off-piste. The weather was sunny, with mild temperatures and a combination of both tracked and untracked snow. Everyone was armed with avalanche packs and all the gear. And, thanks to our brand partner, Stockli Skis, everyone could rent skis on-site, prior to boarding the lift. We also had access to Stockli’s mid-mountain test center, so anyone could switch out skis easily and conveniently.

With Dan and Marcus at the helm, our group learned to ski like the pros in all those ski movies we watch every fall season – which is a completely different animal than growing up in my world of ski racing. As the carver in the bunch, I quickly learned that skiing on fat skis requires a completely different technique than making high angled arcs on a hard piste. Dan and Marcus were masters at putting everyone at ease skiing off-piste terrain and conditions they would never consider doing on their own.

Bring on the Pow, Baby!

The night before day 3, Engelberg showed her true colors. Weather moved in and dumped over a foot of new snow up on the mountain, so we were finally able to test our new-found skills – “on the steep, in the deep.” Everyone was beginning to feel like they belonged in these new elements, which made skiing the fresh pow even easier. Day 4 was almost a repeat – with even deeper snow, which allowed us to go into steeper terrain. And, we were all fortunate to have world famous ski photographer, Ross Woodhall, along to shoot photos of us skiing Engelberg’s Steep & Deep!

Not entirely unexpected, albeit sadly, global warming is definitely having an effect. Anyone who tells you different is living in a cave. However, ski resorts in Europe are still doing ok. Even though warmer and wetter weather moved in on days 5 and 6, snow above the tree line was still excellent. Besides, it also gave everyone an opportunity to ski some softer groomers on the lower mountain and work on our new-found technique. Marcus, who spends a good portion of his winters in Engelberg, took us around the mountain and showed us one of his favorite runs and the “secret tram,” which we can’t reveal because it’s, well… secret! You’ll just habe to come with us next year to find out! Marcus also spends time hiking the mountains around Engelberg in the summer and shared the location of numerous mountain huts where you can eat and spend the night.

Simply, because it’s better, more modern and affordable! Other highlights of the week included marveling at the lift systems in Engelberg. Literally every aspect of the resort is high-tech – from purchasing lift passes at Kiosk’s to RFID ticket scanners and lockers, to electronic tea, coffee and soft drink dispensers. Engelberg also has the “Titlis Rotair,” a circular tram that rotates 360° to provide a stunning view of the Swiss Alps. Every gondola or tram station on the mountain features gourmet restaurants that are not only less expensive, but with a larger variety of dishes than in America. Engelberg even has an “ice cave” carved into the glacier at the top, in addition to a suspension bridge spanning two peaks.

Overall, our Engelberg Steep & Deep experience far exceeded our expectations and a big thank you to Dan, Marcus and Ken who kept us focused, safe and having the time of our lives. Our group consisted of mostly flat-landers who raised their level of skiing times 10. Combine this with a wonderful media team from the UK, the culture and cuisine of Switzerland, and everyone will talk about this for a long time.

Don’t want to miss it? Engelberg Steep & Deep is back again with Dan and Marcus, from 4-11 February 2023. Now that the entire European Union has removed their Covid requirements, revenge travel is in full swing, which means early bookings in all alpine resorts. You’ll want to hurry on over to reserve your spot now! 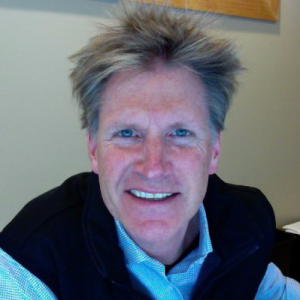 Get subscribed so you never miss out on our travel blogs, tips, stories, news and more!