Join Dan Egan and Marcus Caston in Engelberg, Switzerland - one of
the top powder and freeride destinations in the world!
With huge skiable vertical of 2000m, Engelberg has over 50 miles of
slopes, ultra-modern ski lifts and stunning views of the Swiss Alps!
Book Now

Engelberg Titlis is world-class big mountain skiing at its finest. There are 2000m of off-piste freeride terrain in one of the most dramatic backdrops of the Swiss Alps. This resort is home to the famous BIG 5 - some of the wildest off-piste routes on the planet – accessible with certified guides who take you to their secret stashes!

Only Mother Nature knows (and perhaps a few alte Schweizer bergmänner) why this resort gets freaky storms that dump tons of snowfall on the upper mountain - over 10 meters on average! Having experienced it with the late, great Shane McConkey, getting snowed out for a day or two reaps 100X the rewards when the sun comes out!

In America, we call it food. In Europe, they call it “gastronomy” which is cuisine with the freshest, purest ingredients and farm to table dishes designed to exceed your expectations. The chefs in resorts like Engelberg have a passion for their craft, inventing and adapting dishes to your taste. The Bellevue breakfasts are legendary!

World-renowned free skier, pioneer of extreme sports and certified mountain guide, Dan Egan, has appeared in 13 Warren Miller ski films and is known for skiing the most remote regions of the world with his brother John. In 2001, Powder Magazine named Dan one of the most influential skiers of our time and in 2016, he was inducted into the US Skiing & Snowboarding Hall of Fame.

Another Warren Miller Films disciple, professional skier and content creator, Marcus Caston, takes us into the next gen of great free skiers whose art of skiing is developed through a combination of creative expression and athletic performance. Give him any surface and he’ll turn’em and burn’em - all with a big smile on his face! Your experience with him during this week will be unforgettable!

Impressive. Unconventional. The Grand Dame. A luxury hotel with roots in the Belle Époque, and a heart and soul of the future. The Swiss are masters at melding old world charm and modern elements to create something very special. Completely renovated in 2017, this charismatic hotel combines quality, comfort and lifestyle – all the luxury you need after a hard day on the slopes. 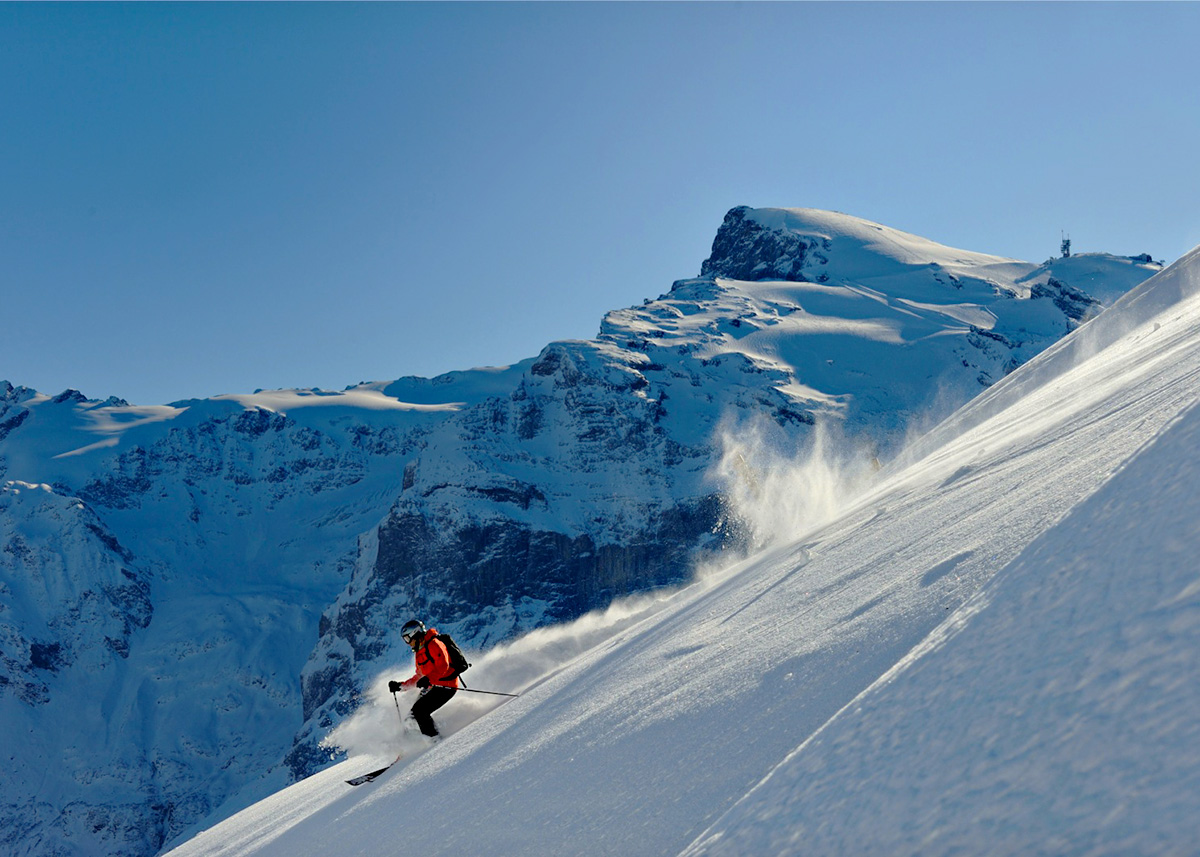 Explore some of the world's most stunning Off-Piste terrain, with Championship Coaching from some of the best in the world! 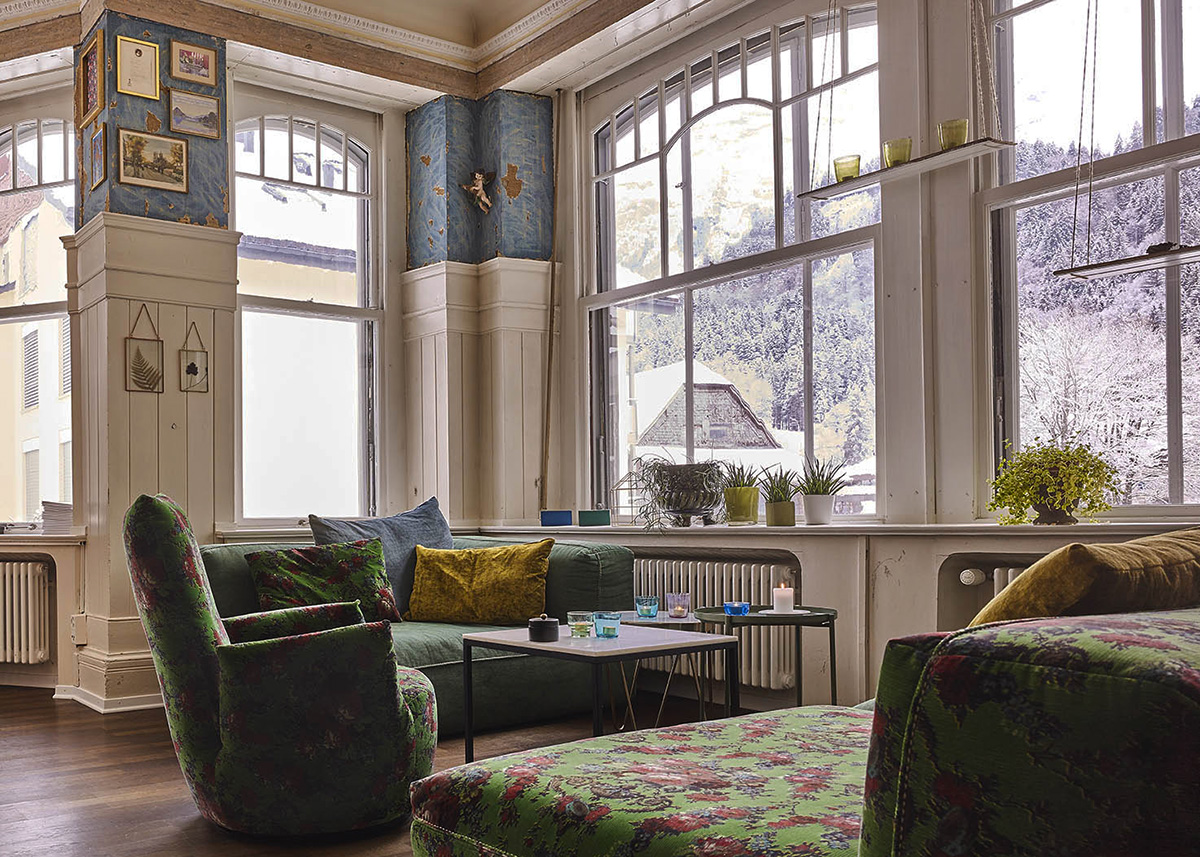 At the Bellevue and throughout your stay in Switzerland, you'll experience the magic of Old-World European Charm, along with all the creature comforts you could ask for, plus more!

Do you have a husband, wife or significant other who would like to accompany you on a fantastic trip to Europe? We offer a discounted rate for those who don’t ski, but would like to experience Europe, the crisp air, incredible spa and fitness facilities and the beauty available at our 5-Star resorts.

Ask about our “Plus One Body” pricing!

As with most beautiful European resorts, travel is quite easy.

Our recommendation is to take a train directly to Engelberg from the Zurich Airport. The scenery is amazing and the trains are quiet and smooth. Tickets can be purchased in advance from Swiss SBB.

Select your dates below: 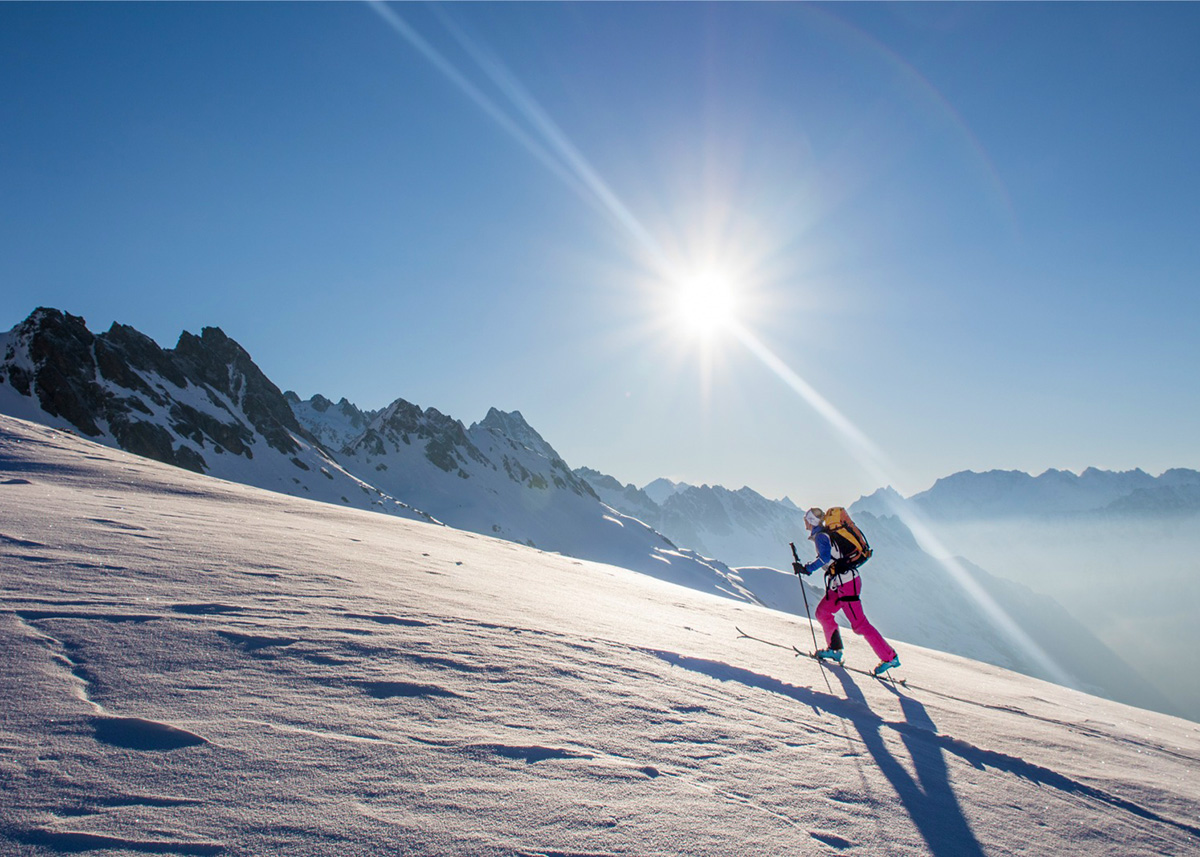 Learn more about travel insurance here.
And purchase through our insurance partner here.