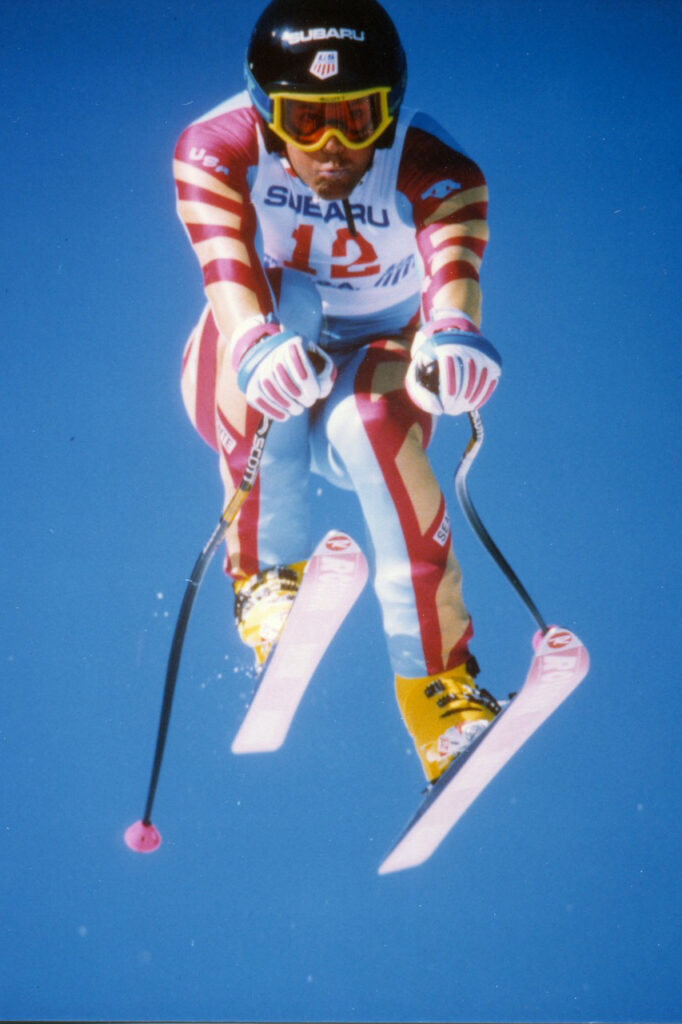 Doug began bombing down Vermont’s mountains at age three and ski racing at age eight. He enrolled at the Green Mountain Valley School Ski Academy in 1978, and at age seventeen in 1981, he jumped to the international level and competed in his first World Cup Downhill in Aspen, CO. Doug then joined the USST and competed in the 1984 Olympic Games in Sarajevo, Yugoslavia and the 1988 Olympic Games in Calgary, Canada. Doug’s greatest moment came at the 1985 World Championships when he won the bronze medal in the Downhill – the first ever World Championship medal for an American in the Downhill. Doug also collected two U.S. National Downhill Championships in 1986 and 1987. During his eight years on the World Cup circuit, he skied over 90mph, flew 210 feet in a race and experience 5Gs on skis. Today, Doug is actively involved in every level of the ski industry as a broadcaster, TV host, ski celebrity, motivational speaker, product consultant, spokesperson, journalist, coach and trainer. During the Winter season, Doug is a broadcast Analyst for NBC Universal Sports. Doug, along with his wife Kelley, run ELITEAM Conditioning Camps in Vermont. ELITEAM focuses on educating young athletes on the importance of Sports Physiology, Sports Psychology, and Sports Nutrition. You can find more information at www.eliteam.com.