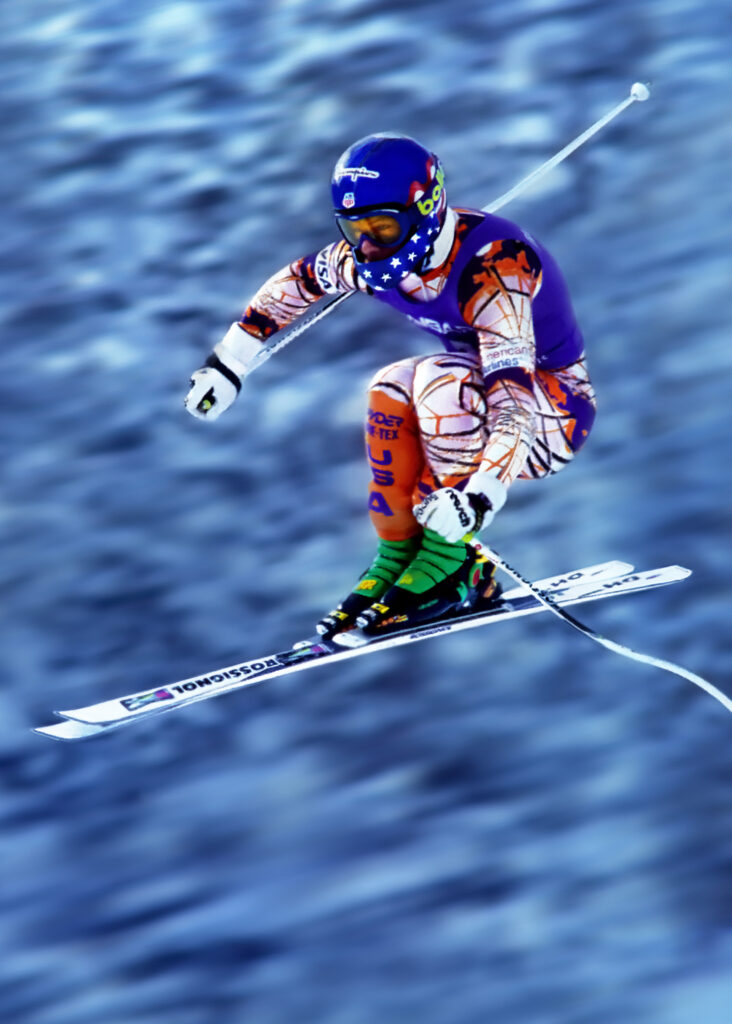 AJ Kitt is one of America’s best ski racers. Having spent 12 years as a member of the U.S. Ski Team, AJ specialized in the speed events (Downhill and Super G), competing on the World Cup, at four Olympic Winter Games and four World Championships. He retired from international competition following the 1998 season with 9 World Cup podiums, which included 4 victories. AJ was a bronze medalist in the 1993 World Championships and won 4 National Championship titles. AJ continues to support ski racing in many forms. Charismatic, passionate and fun, AJ has been the national traveling Ambassador and Pacesetter for the NASTAR racing series since 1999. He is also a race coach for the Meadows Race Team, a youth ski racing program on Mt Hood, OR. He enjoys delivering inspirational messages and imparting his technical prowess on to skiers of all levels whenever possible. AJ is married with 3 ski racing children and lives in Hood River, OR.